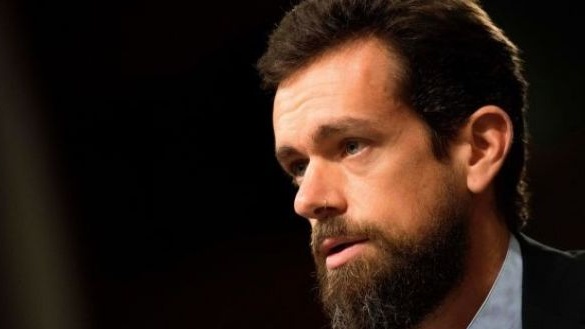 The Mona Lisa has the highest insurance value ever for a painting. But the Mona Lisa postcard copy you bought in the Louvre boutique is barely worth the paper it’s printed on. Botticelli’s Primavera draws crowds of tourists to Florence’s Uffizi Gallery, but no one rushes home with a selfie stick to look at the version you ordered from Amazon. Why is that?

These questions have long plagued art theorists. It was first of all the advent of printing, which enabled us to produce books in series; then the cameras arrived; then the early music recording technology in the late 1800s; then social media platforms like Twitter and Instagram. All of these developments have allowed us to reproduce and share art on a large scale. But somehow, the value of the originals persists: An Instagram post from Guernica is no substitute for the real thing.

The philosopher Walter Benjamin reflected on this in his prophetic essay, The Work of Art in the Age of Mechanical Reproduction, 1935. He believes that the appeal of an original object boils down to an “aura” (how New Age !). What he tries to describe is an ineffable quality of the work which can only be experienced in its original form; a transcendent beauty that he holds; and the hallmark it derives from surviving as a historical artifact.

This is fantastic news for the hyper-exclusive, elitist art world that only exists thanks to exorbitantly priced (and over-inflated) works of art. If the reproductions lowered the value of the paintings they sell, Instagram would have killed their racketeering in the blink of an eye.

But these questions – which go to the heart of what art is, why we care about it, and how we value it – have emerged with renewed urgency in recent months. There’s a little news that forces us to confront our unresolved questions about art and industry: non-fungible tokens (support me).

NFTs are basically proof of digital ownership of something, it can be anything: a video, a tweet, an animation. Think of it as a new method of collecting and buying art, except that art is not the kind you find on the walls of the National Gallery, but rather the kind of thing you find after you have probed the depths of Twitter.

It sounds confusing because it is. And the art world is struggling to keep up with this rapidly changing scene that threatens to upend the traditional ways in which art is bought, sold, and made. The very first tweet from Twitter founder Jack Dorsey was sold on Tuesday as NFT for $ 2.9 million (€ 2.4 million). The tweet reads: “I just configured my twttr. The buyer compared him to the Mona Lisa. And just a few weeks ago, the world’s most prestigious auction house, Christie’s, hosted its first-ever digital-only auction, with artist Beeple making $ 69 million (58.3 million dollars). ‘euros).

Why the hell would someone pay so much for a tweet? Even given the historical weight the tweet carries (something we shouldn’t so easily underestimate), it seems like a ridiculous use of money: you and I can still access the tweet whenever we want, we can. print it out and post it all over our walls if we were so inclined, we might even retweet it on our own calendars and save $ 2.9 million doing it. Buying the tweet appears to grant the buyer nothing but the right to brag about owning it.

But as mind-boggling and abstract as it all sounds, NFTs aren’t the first time this sort of thing has happened. In 2019, artist Maurizio Cattelan exhibited a banana duct glued to a wall. When the artwork was destroyed (actually eaten) in a waterfall, the gallery manager quickly assured everyone that nothing was really damaged. “He did not destroy the work of art. The banana is the idea, ”he said. The idea for this banana was sold to a collector for $ 120,000 (€ 101,000).

There is nothing more ridiculous about buying ownership of a tweet than buying the idea of ​​a banana, of course. NFTs are just hard to take into account because newer technologies seem intimidating and weird.

As for the banana and for the tweet, we should once again recall Benjamin’s words. The aura that accompanies the original form of something is a quality almost impossible to describe, but it is certainly there. Therefore, copies of paintings do little to undermine the value of the real thing; and why an original Gutenberg bible would cost you millions when the bible is the most printed and best-selling book in the world.

It is very easy to laugh at the absurdities of the art world. They probably deserve it. But what the NFTs have done is force us to consider something more about the fundamental importance of art: what do we love about it and why do we want to own it? If that’s all this latest development achieves, that will be a good thing.

In a new exhibition, John Oyedemi questions the appreciation of art | The Guardian Nigeria News