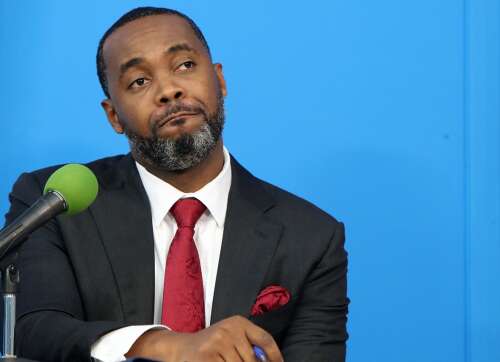 The artist who wins a commission to decorate a government office will be paid for his work, following an intervention by the Prime Minister.

The government sent out a request for proposal earlier this week, calling on artists to submit ideas for a mural in the marriage hall of the General Registry offices, where civil ceremonies take place.

The request stated that the winning design would be installed on a wall measuring 8 feet by 12 feet and serve as a “focal point”.

But he also said artists must produce the work for free – and the government will own it.

The RFP said: â€œThe artist accepts that instead of payment, this consideration will take the form of an exhibition to be given to the artist and the mural.

â€œAt all times, the mural will be considered the property of the general registry service. “

The clause sparked protests on Twitter with written usage: â€œIt’s so disheartening to see our government demanding artist submissions while not being willing to pay for the winner’s work.

Another said the government was “delusional”.

They wrote: “A fresco in the wedding hall … while the government fights against granting this right to all because it wants to “preserve” equal rights only to some. Between that and paying in the form of exposure during a pandemic.

The discussion elicited a quick response from Mr Burt, who wrote: â€œThank you for bringing this to my attention.

â€œThis does not match our recent support for artists and local art purchases that we have placed in government buildings. I will follow up to get details on this, but I definitely think artists should be paid for their work. -DB.

And yesterday, the government released a statement confirming that an “honorarium” will be given to the winning artist.

Walter Roban, Minister of the Interior, said: â€œIt is in the spirit of an initiative promoted by the General Registry since 2019 that we want to celebrate and support Bermudan artists, their work, their creativity, their property and their intellectual property. .

â€œThis government has been showcasing local art in many public spaces around the island for several years now.

â€œWe have invited and received many submissions from local artists who have not only been exhibited by the government for the public to see, but many pieces also hang in government offices and buildings in Bermuda.

â€œThe ministry is pleased to award honoraria to the successful candidate for the redevelopment of the wedding hall, including the cost of supplies.

“We will continue to support Bermudan artists, promoting their work in the community and their right to publicly express their creativity and intellectual property.”

A government spokesperson did not confirm the value of the honorarium or why it was decided to award one.

The General Registry is also inviting photographers with images of weddings and ceremonies in Bermuda to share their photos for display in the Wedding Hall.