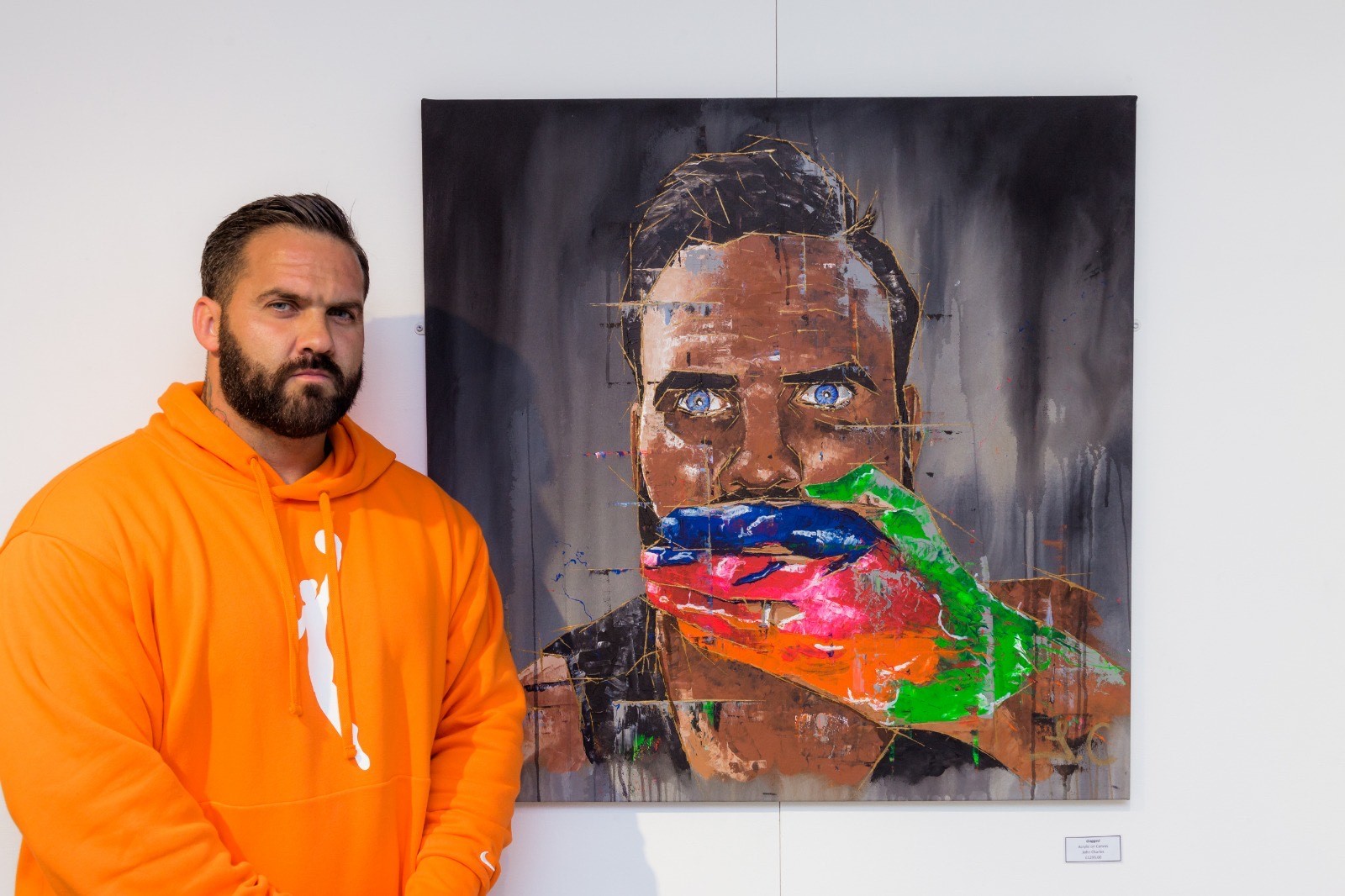 ONE of Merseyside’s most popular artists has taken over the World of Glass Main Gallery to showcase his vibrant and colorful paintings.

Everything could have turned out very differently for John Charles, 38, after finding himself consumed by alcohol and drug addiction.

At 27, he was at an all-time low. Using cocaine daily and hiding it from his family, his debts were out of control, he had missed his mortgage payments, his car had been taken by a finance company and his relationship was in shambles.

“I don’t want this to be a bloody story but I think it’s important to talk about it,” said John, who is originally from Kirkby and now lives in Huyton. “There are half a million people in this country who are addicted to alcohol, so if I can reach someone who thinks ‘if he quits maybe I can’ I will.”

The father-of-one found art to be of great help as he began his recovery with rediscovering his childhood talent giving him something to focus on. He’s even raised awareness through his art – visiting schools, engaging with young people to help them understand that drug use can quickly turn into drug abuse.

“When it comes to drugs, I wanted to be hyper and bloated, so I became a cocaine user,” he said. “Smoking weed wasn’t for me – I needed to bounce off the walls so I had to put all my energy into something and it was art.

“If you look at my art, it’s full of energy – it’s not portraits where someone has been sitting for hours and hours and it looks like a photograph.

“I need to paint quickly and it has been a big part of my recovery. ”

Many of John’s paintings capture celebrities and icons he can relate to, as well as landmarks from Merseyside.

“My photo of Johnny Cash made a storm,” he said. “He’s someone I can really connect with – I even have tattoos of him.”

John is still clean and understated and now makes a career out of selling his artwork.

“In 2019, I handed in my summons as an official,” he added. “I couldn’t have dreamed it would have turned out so well and I never looked back.”

Evolution by John Charles is at World of Glass, open Monday through Saturday, 10 a.m. to 5 p.m.

Work of art for dental care: this Vancouver dentist has been exchanging his services for 25 years

Work of art for dental care: this Vancouver dentist has been exchanging his services…