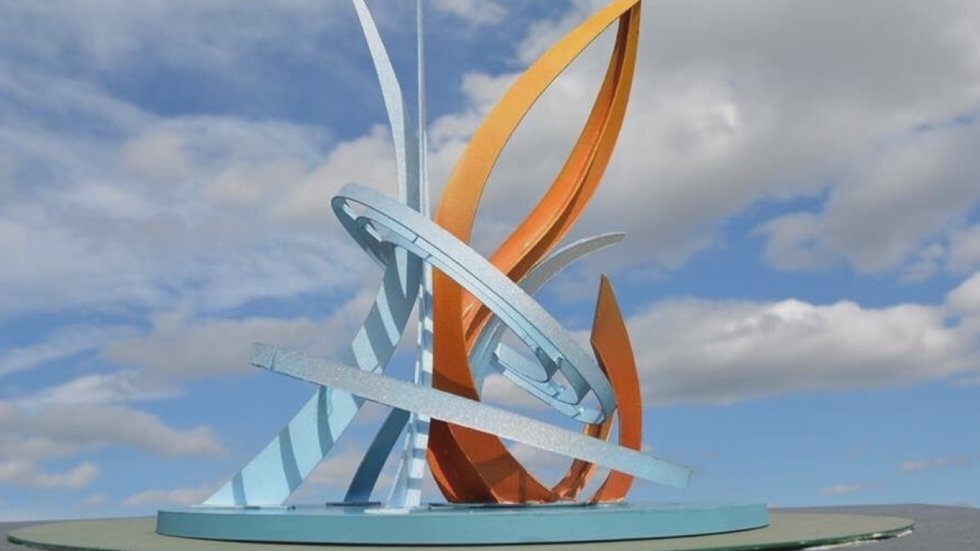 New works of art continue to appear throughout downtown, thanks to the city of Sarasota

SARASOTA (WWSB) – Many have noticed that with each new development in downtown Sarasota, there appears to be a piece of art to go with it. It is not a coincidence.

In fact, it is a requirement of the City for developers who wish to build a high rise hotel or condo in the area.

On Thursday, the City closed the Palm and Cocoanut Avenue roundabout to begin construction on what will be the Jumping Fish by January. It’s the newest addition to an ever-growing compilation in the city.

The window of a downtown art gallery reads: “The Art of Living in Sarasota”.

â€œIt’s a pretty unique area,â€ said Bonnie Gaipo, a woman who lives in Bradenton but works in Sarasota.

It is known not only for its beautiful beaches, but for its culture, history and imagination.

â€œIn fact, that’s why my wife and I chose to live here five years ago, we moved here,â€ said Jerry Pichert, a resident waiting for a haircut. â€œWe have always visited here, but we have made it our home because it has a lot of arts and sciences, other than the natural beauty of the area.

A natural beauty that’s often overlooked in the hustle and bustle of city life, but not so much here.

â€œWe need to appreciate more art around us and take in the beauty around us,â€ said Tanya Stalvey, another resident of Sarasota.

It’s an appreciation that reaches locals waiting to get their hair cut, friends who gather for lunch, and city staff, which is the main reason it’s everywhere.

â€œFor every roundabout we create, we want to put a piece of public art in the middle of that roundabout,â€ said Steven Cover, director of planning for the City of Sarasota. “But also, for new developments that are coming in, we also oversee the design and installation of public art on private property.”

Like the new mural called David, hard to miss on the Bold condominiums under construction downtown.

â€œAs a new development project comes to fruition, they must either contribute to the fund or provide the art themselves,â€ Cover explained.

Up to $ 250,000 is required per developer, per site for the ever-growing public art fund, no exceptions.

â€œIt’s one of the most aggressive programs I’ve seen, anywhere,â€ Cover said. “I have traveled all over the country, it is a very good program.”

Soon 82 pieces will be owned or loaned by the city or city developers, but there are thousands of other works of art in every crevice and corner of Sarasota, for anyone who knows where to look.

In order to choose the works of art that will be installed, the City has declared that it has launched a call for proposals.

Staff said they receive hundreds of submissions each time, not just from people in Sarasota or Florida, but from the United States and around the world.