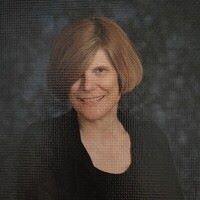 WILMINGTON – After battling progressive supranuclear palsy for more than three years, Mary Jo Peck Oakley, 78, died Wednesday, July 28, 2021 at her home. She was born on August 10, 1942 in Lake Wales, Florida to Joseph Stanley Peck and Mary Fraser McCollum Peck. Mary Jo was a 1960 National Honor Society graduate of Winter Haven High School and graduated from Florida State University in 1964 and 1968 with bachelor’s and master’s degrees in science, majoring in home economics.

After her marriage on September 19, 1970 in Winter Haven, she lived in New York City, where she was employed by Theodore Sills, a public relations firm. At Sills, Mary Jo traveled extensively across the United States promoting various state food items, such as strawberries, artichokes, and yams by appearing on radio and television shows and news segments. Additionally, she had new recipes developed and tested for her products, with the most successful appearing in numerous newspapers and magazines across the country.

For the past 43 years, Mary Jo has lived in Wilmington, where she had served as director of the Wilmington Lower Cape Fear Historical Society; Joe Peck Incorporated, a manufacturer of citrus products; the PRS Group Inc., a geopolitical and economic forecasting firm; and Chairman of the Saint James Episcopal Day School Board of Trustees. She also taught art appreciation to elementary school children in New Hanover County for eight years.

The Oakley family extends a special thank you to Nancy Mallard for all she has done for Mary Jo. We also thank Shalonda Vaughan, Diane McGhee and Nicole Corbett of Griswold Home Care of Wilmington for making Mary Jo’s final days more comfortable.

The funeral will be at 10 a.m., Wednesday, August 4, at Lebanon Chapel, 814 Airlie Road, Wilmington.

In lieu of flowers, please make donations to the Rector of St. James’s Fund or other religious or charitable foundations of your choice.

Share your condolences online with the family at Andrews Mortuary & Crematory.

A work of art on the life of Guru Nanak Dev that captures the visual beauty of the holy city of Amritsar: The India Tribune