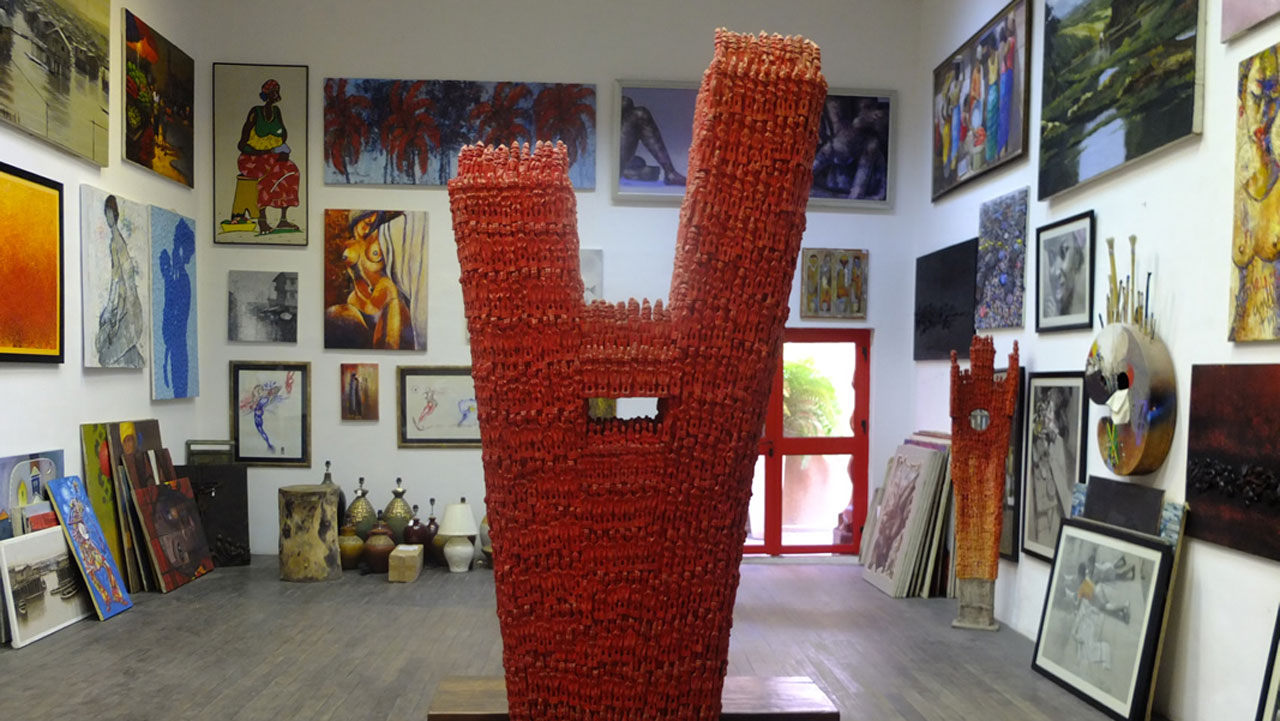 In a new exhibition, John Oyedemi questions the appreciation of art | The Guardian Nigeria News

For Dr John Oyedemi, his next solo, titled Talking Canvases, which runs from March 27 to April 3, 2021 at Alexis Galleries, Victoria Island, Lagos, is a movement from start to finish.

During Alexis’ artist residency in 2018, which gave rise to a collective exhibition, Oyedemi discreetly unveiled the new period of his art in what he called a â€œlinear paintingâ€ technique at the time. It’s much stronger now with a new tone of colors.

Oyedemi is an artist who brings freshness to highly criticized repetitive themes.

Its new orientation creates a timeless art, although supported by some academic content. Such examples include, Royalty On Errands, Camouflage, Arrivals (Fishing Village) and Dauntless and others.

A simple theme for an exhibition, it seems, but Talking Canvases explores the appreciation of art and its perception of color form and linear assimilation.

Oyedemi revealed how the central theme of the exhibition captures â€œthe state of mind that gives voice to each canvas in terms of colors, lines and shapesâ€.

Before the exhibition, Oyedemi explained to selected guests his intention to “create a little mystery in my paintings”. Its new period seems to celebrate the academic contents of art. â€œThis is viewed from the academic understanding of the various art movements and what they mean to me. “

Beyond populating the canvas with common human figures on horseback, the goal, he explained, is to expose the aristocratic part of the culture.

This has been noted in a body of work that he calls the Royalty series, in which “the aspect of wealth, authority, wealth, using Durbar patterns” forms the core of visual narratives. Like most artists whose art is tied to their immediate surroundings, Oyedemi’s base in northern Nigeria, over the decades, has offered him windows through which he has seen the depth of Durbar culture.

For Alexis, Talking Canvases reopens the gallery space for solo exhibitions. It’s a long period of collective exhibitions for over a year. The coming year “will feature more solo exhibitions,” said curator and founder Patty Chidiac-Mastrogiannis.

Starting solo exhibitions with Oyedemi this year, said Chidiac-Mastrogiannis, is due to the artist’s relationship with Alexis.

â€œHis creative style and unabashed technique have undoubtedly stood the test of time,â€ revealed Chidiac-Mastrogiannis. “His works have achieved this feat with a dazzling fidelity to their traditional roots, while also playing in the genre of contemporary art.”

She described the artist’s work as “having a depth of texture in which they are rendered”. She noted that in recent times he had explored “the use of white space generally dotted with dominant tones of drops of color, gray tones and bluish tones to varying degrees.”

The gallery will partner with Loving Gaze, an independent, non-profit organization that addresses the underprivileged community of Lagos and Taraba states, through educational activities, basic health services, women’s empowerment and vocational training. The partnership included donating a portion of the proceeds from the exhibition to her cause, the curator revealed.

Oyedemi teaches fine arts at the University of Jos, Plateau State. He was educated at Ahmadu Bello University (ABU), Zaria and has over two decades of studio practice and academic careers.