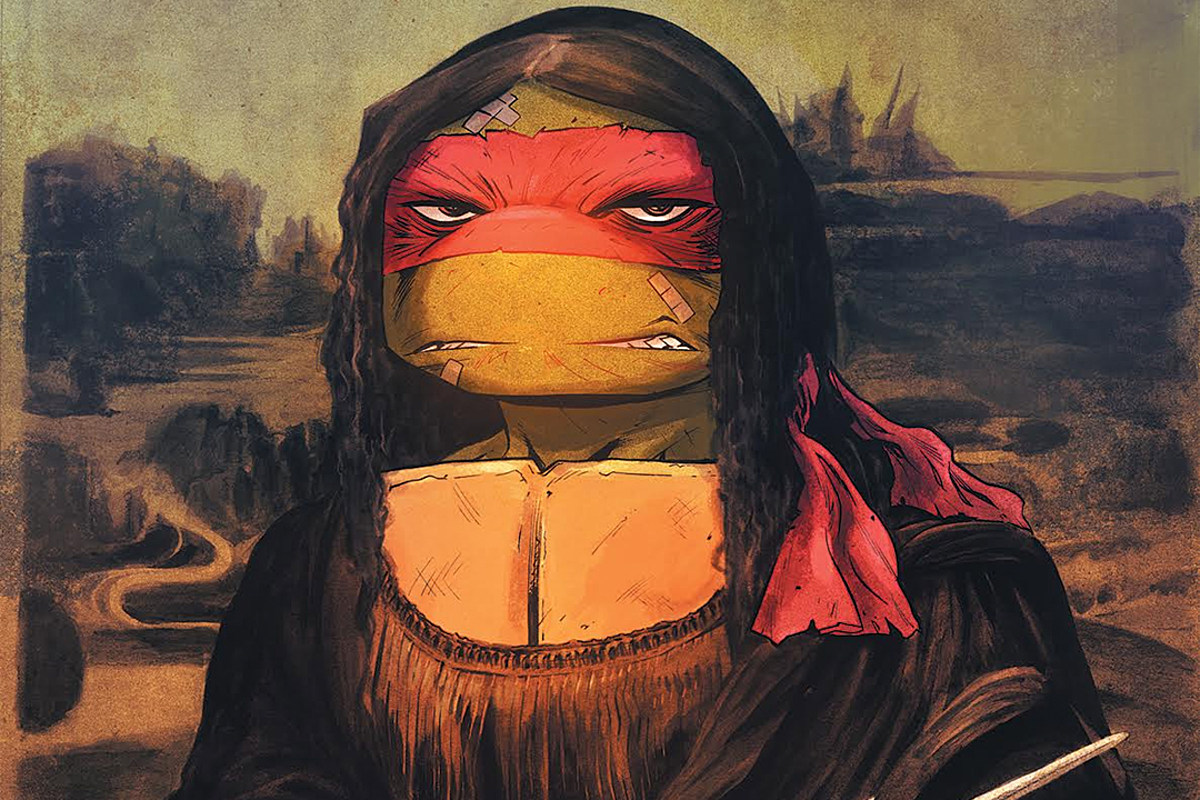 I’ll admit I’m a sucker for theme covers. Getting a whole month of comics all built around a similar aesthetic is always, always fun, and in April IDW is launching Art Appreciation Month, with covers for all of their titles based on famous artwork.

Here at ComicsAlliance, we’re happy to exclusively reveal Cory Smith’s cover for Teenager Mutant Ninja Turtles, who won the famous work of Leonardo da Vinci Mona Lisa and dramatically improved it with the addition of ninja weapons. It’s pretty fantastic, but it raises an urgent and immediate question: how are you going to pay homage to Leonardo da Vinci and not make her figure the ninja turtle who is actually named Leonardo?

Well, certainly the Mona Lisa is probably the most famous Renaissance work of art — the only thing that could really give it value for its money is the work of Michelangelo David, and statues don’t quite translate to comic book covers as well as paintings. So really, it was always going to be that kind of image, and in terms of the layout, Raphael sai Certainly fits the picture better than trying to put Leo’s katanas in it, you know?

Plus, let’s be real here, it was always gonna be Raph on the cover. Despite Michelangelo (the turtle) status as my favorite type of party, Raphael (the turtle) is by far the wolverine of the TMNT. Put those two facts together, and Cory Smith’s take on the fine art mashup was inevitable.

I mean really, despite art historian Bernard Berenson’s description of Raphael (the human) as the “most famous and beloved” Renaissance master, I think it’s fair to say that this is a bit of a stretch. He ranks far third behind Leo and Mikey (the humans), and using one of his pieces wouldn’t have had the same impact as using the Mona Lisa, although it was his most famous:

Also, by the way, how disappointing is it to find out that St. George’s dragon is as big as a medium-sized dog?

Anyway, to make a long story short, the cover is awesome, Raphael (the human) has some weird ideas about what makes dragons scary, and if you need a rationale as to why Raphael (the turtle) s ‘is found in a tribute to something Leonardo (the human), just consider this: obviously Leonardo was the painter, not the matter.

An Introduction to Appreciating the Art of Jonathan Jones | Guardian masterclasses