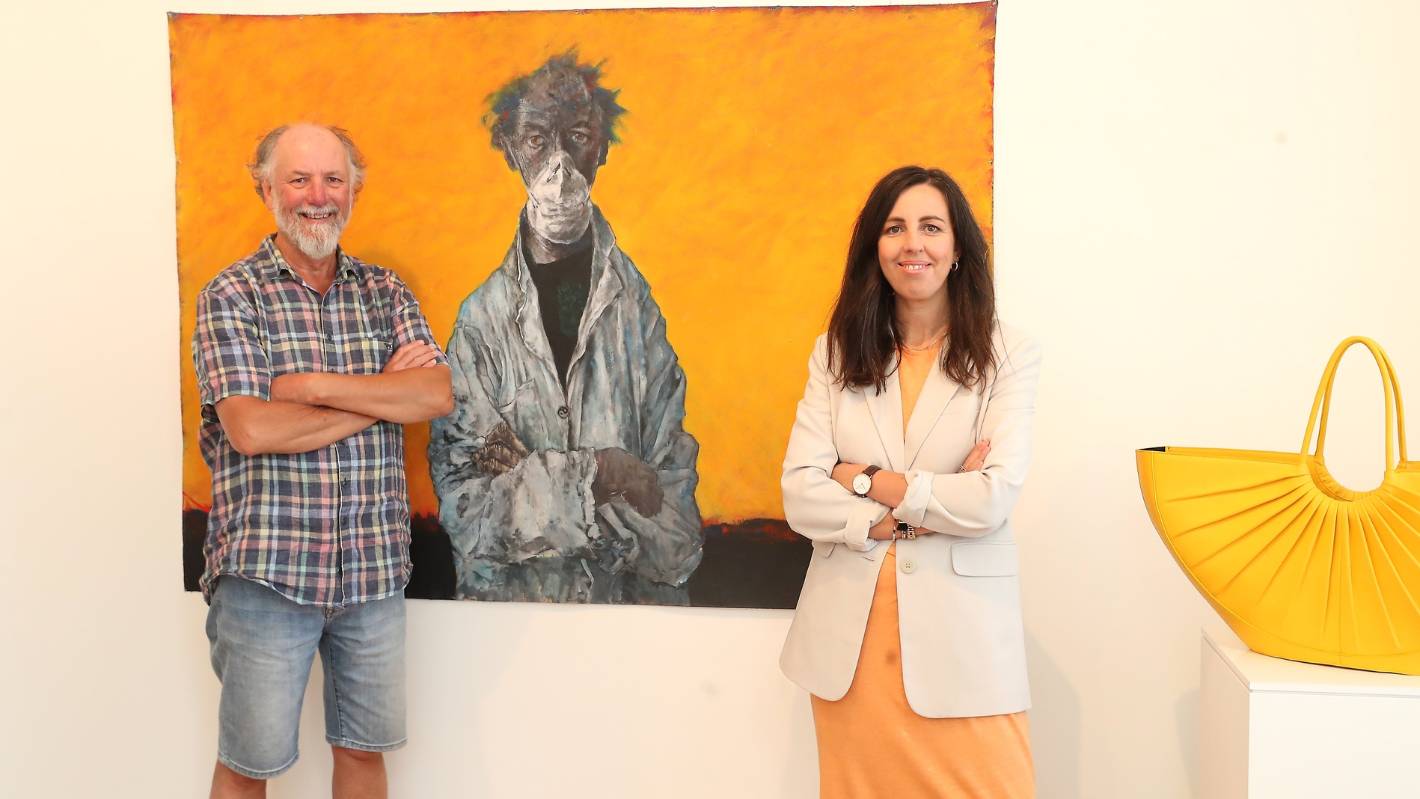 Father and daughter John and Susan Badcock stand in front of one of John’s works titled Untitled 2032, which is part of the Flashbacks 5 Generations of Badcock Art exhibition at the Susan Gallery in Geraldine.

Art is in the blood of the Badcock family with the work of five generations on display at Geraldine.

Flashbacks 5 Generations of Badcock Art is a retrospective, according to Susan Badcock, the geraldine artist and art gallery owner who hosts the works.

“It’s not often you see five generations of artists within the direct family,” she said.

His father, John, his grandfather Douglas and his great-grandmother Claudia as well as his daughter Iluka​ Gardziej-Badcock​ all have works on display.

Susan’s sister, Helen Badcock, has a few oil paintings in the gallery and their brother, Steve Boyd, runs the New Zealand-based designer bags and accessories brand Deadly Ponies and his contribution is a few luxury handbags with colors matching the paintings.

Claudia, who married into the Badcock family, lived in central Otago in the early 1900s, managing to paint a few landscape pictures as she was also busy raising a large family. His son, Douglas, born in 1922, became a professional artist capturing landscapes. His son and granddaughter followed in his footsteps.

“John and Doug paint on location, I guess it’s a connection as the photography of my works and Iluka do watercolor landscapes, flowers, fields and imaginary rooms.”

Her father’s work from the 1990s called Modeling Night gave Susan flashbacks to her childhood.

“I remember dad doing the ones with a hot pink color.”

Susan said that although she and John work differently, he has always been an encouragement and support for her art.

“It’s nice to be able to discuss projects with him.”

The father-daughter duo will give free public talks about the exhibition, different series and the first works at 11:30 a.m. and 5:30 p.m. Wednesday at the gallery at 47 Talbot St, Geraldine.

Badcock Art’s Flashbacks 5 Generations exhibition runs until December 4th. The gallery is open to the public from Tuesday to Saturday from 10 a.m. to 2 p.m.

A creative work of art raises awareness of the plastic menace