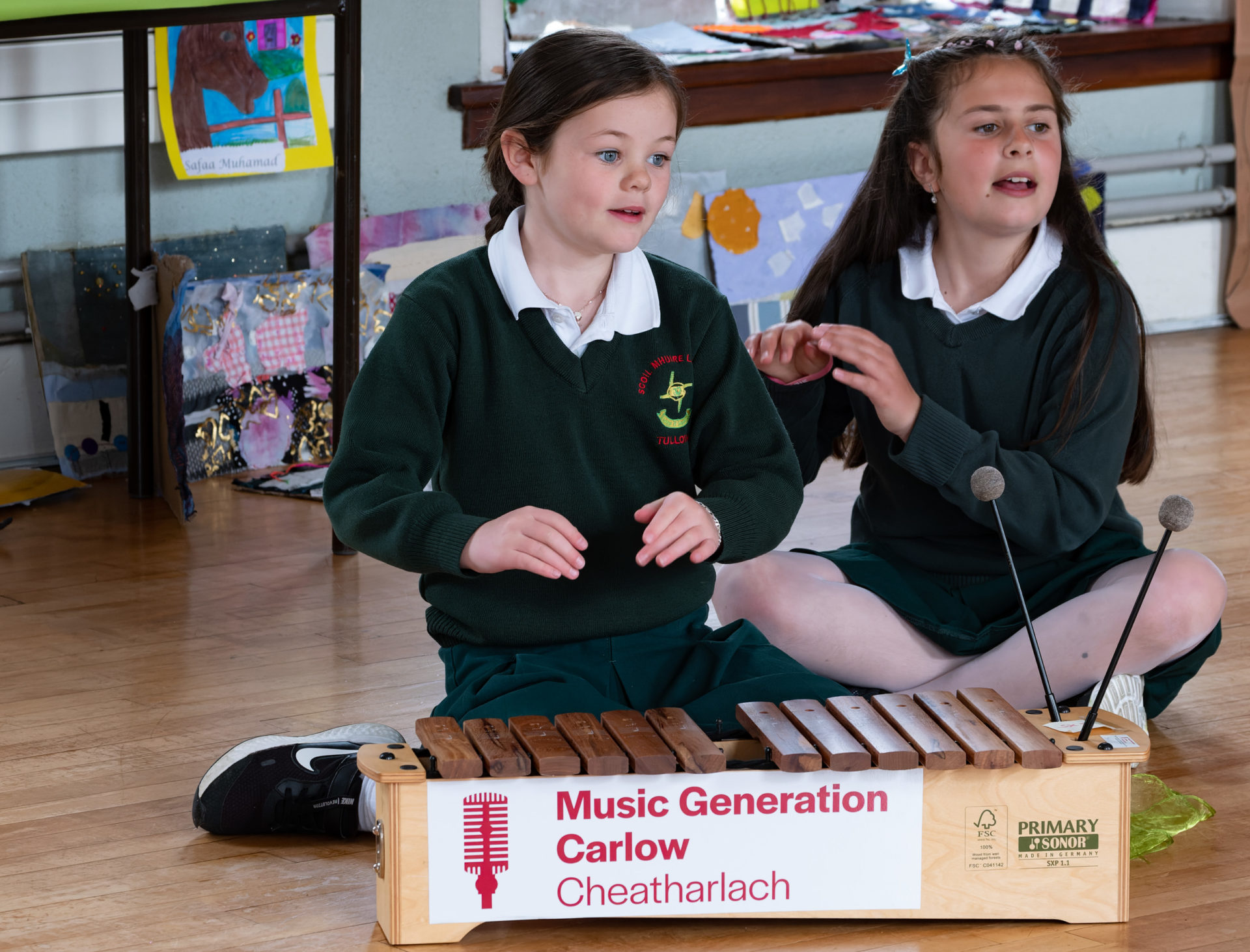 Lennie and Lillie enjoying the day

AN EXPLOSION of art in all its forms thrilled the students of Scoil Mhuire Lourdes, Tullow recently when they held their Arts Appreciation Day.

Each year, a group participated in this wonderful event, which invited students, parents, family and friends to join in the celebration of the arts, while sharing some of the creative elements the children worked on.

The theme for this year’s Arts Appreciation Day was “Countries Around the World”, which evoked children’s creativity and color.

Music Generation Carlow, which operates at the school, also took part in the day and held a number of workshops which showcased the hard work of the children over the weeks.

Primary school explored the animal kingdom through music and movement with ‘Sing-say-dance-play’, developing their musical and creative skills.

The junior babies had a farm animal workshop, where they explored the sounds and actions of farm animals, while for the older babies it was a mini beats workshop and of the story of the “very hungry caterpillar” using their instruments and their voices.

The first class held a “Turtle and the Hare” workshop exploring the musical elements of tempo, rhythm, and fast and slow movement.

The third class held a workshop called “A Musical Exploration of Harmony”, which worked on the West Indian song chosen by the classes, exploring many musical ideas, including harmony.

The fourth class held a creative movement workshop. This one had a Japanese theme, which allowed students to experiment and create their own unique arrangement.

The fifth class of girls from Tullow held a ‘Perform and Share’ workshop, where they had the opportunity to share an example of a musical session. For their grand finale, they performed a piece in Swahili, demonstrating some of the skills they had mastered.

The sixth class held an African drumming workshop, exploring the sight, sound, feel and power of playing as a unified group during a drumming circle. The children then incorporated their percussion into the African piece they chose, WakaWaka.