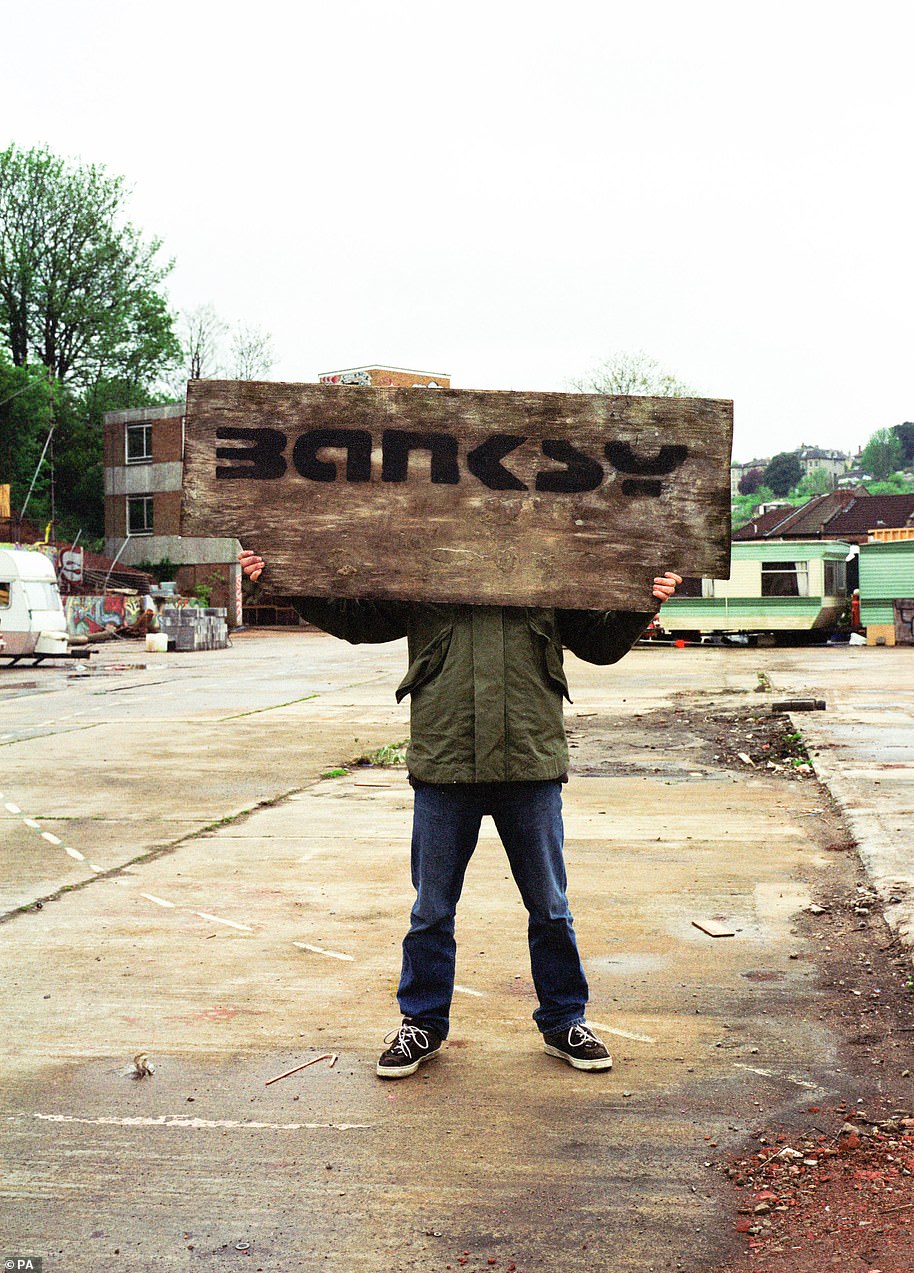 The the search began with a photograph taken in Jamaica showing a man in a blue shirt and jeans, with a hint of a smile on his face and a spray can at his feet. Taken in 2004, it showed Banksy at work. When the image was released, it appeared to be the first flaw in the armor of anonymity with which the artist has protected himself since his work began to gain the attention of the art world.

Armed with this photograph, the team traveled to Bristol, long considered Banksy’s hometown, where they made contact with a man who claimed to have met the artist in the flesh.

A lot of people have said so, but the moment we started asking for more information it was discovered that they “actually knew someone who had met Banksy” – and the trail was cold.

However, this man claimed not only to have met the elusive artist, but was able to provide us with a name – not the usual variations of Banks’ name but an all the more intriguing name.

The man in the photo, he insisted, was once known as Robin Gunningham – and it didn’t take a lot of imagination to figure out how such a name could lead to the Banksy nickname.

From the documents made available to the public, they were able to glean further information.

Robin’s father, Peter Gordon Gunningham, was from the Whitehall area of ​​Bristol. His mother, Pamela Ann Dawkin-Jones, was the secretary of a corporate director and grew up in the exclusive environment of Clifton.

The couple married on April 25, 1970 at Kingswood Wesley Methodist Church. On February 8, 1972 their daughter Sarah was born in Bristol Maternity Hospital, by which time Peter had been promoted to regional manager of a hotel business and the couple had purchased their first home, a semi-detached house in Bristol.

On July 28, 1973, Robin was born in the same hospital. According to neighbors, the boy underwent early surgery for a cleft pallet.

The images offer a behind-the-scenes look at the guerrilla artist creating some of his famous works, captured by his long-time associate – though they don’t appear to capture his face

When Robin was nine the family moved to a larger house on the same street and it was there that he spent his formative years and became interested in graffiti.

A neighbor, Anthony Hallett, remembers the couple moved to the streets as newlyweds and lived there until 1998. They have since separated.

When they showed Mr Hallett the picture of Jamaica, he said the man in it was Robin Gunningham.

In 1984, Robin, then 11, donned a black blazer, gray pants and a striped tie to attend the famous Bristol Cathedral School, which currently charges a fee of £ 9,240 per year and lists model Sophie Anderton as a former student.

It was hard to imagine Banksy, the anti-authoritarian renegade, as a public schoolboy wandering the old 17th-century monastery, with its upper and lower quadrilaterals and prayers in the old cathedral.

But then they found a school photograph, taken in 1989, of a bespectacled Robin Gunningham in which he shows a noticeable resemblance to the Jamaican man in photography.

Indeed, classmates remember Robin, who was at Deans House, as a particularly gifted artist.

In the rare interviews Banksy has given (always anonymously), the artist admitted that it was at school that he first became interested in graffiti.

Robin Gunningham left school at age 16 after doing GCSEs and began to engage in street art.

As the investigation continued, their investigations have repeatedly shown that the details of Robin Gunningham’s life story line up perfectly with the known facts about Banksy.

In 1998 Robin Gunningham was living in Easton, Bristol, with Luke Egan, who then exhibited with Banksy at Santa’s Ghetto, an art store opened on Christmas 2001 in London’s West End.

Egan and Gunningham reportedly left the house when the owner wanted to sell it.

Camilla Stacey, curator at Bristol’s Here Gallery who bought the property in 2000, said Banksy and Robin Gunningham are one and the same. She knew the house had been inhabited by Banksy because of the artwork left there – and she used to get mail for him on behalf of Robin Gunningham.

Once the group was almost certain that Banksy was Gunningham – they went looking for him and tried to see if his parents could help them.

His mother Pamela lived in a modern and neat bungalow in a village outside Bristol. After they identified us, they asked her if she had a son named Robin.

His reaction was very strange. They showed her the Jamaica photo and she was visibly scared, but said she didn’t recognize the man in the photo, who she looks like more than a passing fancy. They asked her if she could put us in touch with him.

“I’m afraid I don’t know how to get in touch with him,” she said.

They asked her if she had any other children. – Yes, a girl.

But no son and certainly not a son who went to Bristol Cathedral School?

“No,” she said, before denying that she was Pamela Gunningham, insisting the voters list must be incorrect.

Equally baffling was their conversation with Peter Gunningham, who now lived in a gated development on the outskirts of Kingsdown.

Once again, they featured the Banksy / Robin Gunningham photograph. Mr Gunningham said he did not recognize the person in the photo. They told her they thought her son was Banksy. – No, he replied. “I can’t help you, really. “

Mr Gunningham politely continued to deny that his son was Banksy, but his manners were almost playful. He refused to give them any information about Robin. It was all very strange.

If the couple had never heard of Banksy or Robin Gunningham, one might have expected a reaction of utter bewilderment. It didn’t seem to be the case.

They then contacted Banksy’s PR manager who, in Banksy’s best tradition, neither confirmed nor denied the story.

Advantages and disadvantages of installment loans