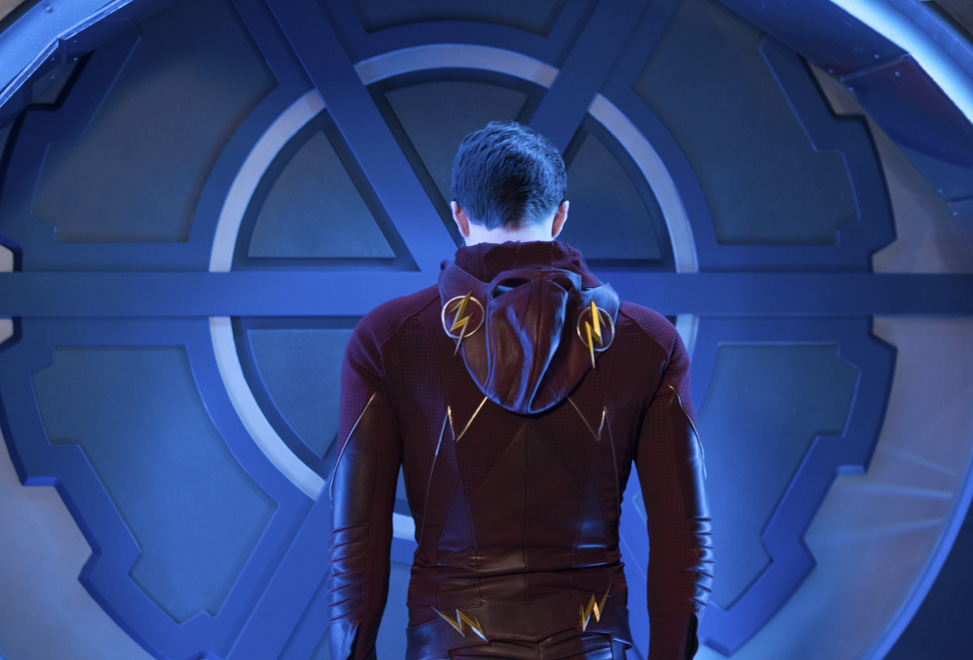 Meticulously curated by the editors of The Arts and Everyday Life, here are our picks of the top five things to watch, see, and listen to this week in Palo Alto.

The music video for “Cold Stares,” from LA producer Nosaj Thing, was released on Wednesday. The song, which was dropped last year, features a harmonious hook from The O’My’s and an emotional verse from Chance the Rapper. But the video doesn’t feature either of these performers, but captures a weird choreographed exploration of psychosis. The lines between the real and the perceived are blurred by sporadic glitches in the matrix, as the dancers – two patients in a hospital – waver in and out of reality. All of these images are captured by a swarm of drones that sometimes fly into each other’s viewfinder, leaving the impression of ubiquitous surveillance that haunts patients.

With the second season of “The Flash” now airing on The CW, now is a great time to familiarize yourself with the program’s excellent first run, available in full on Netflix starting this week. Starring Grant Gustin of “Glee” fame, “The Flash” is one of the few comic book adaptations that’s just not afraid to embrace the entirety of the medium it announces from. Promoting a fidelity to the fantasy and optimism of the original comics, “The Flash” stands out amid a field of crowded competition, proving itself sleek, sexy, and just the right amount of sentimental. Blood is rarely spilled here (it’s not a “Daredevil”) and the show’s writers care little for scientific accuracy, but the result is still refreshing. To hell with realism is the unbridled human imagination.

“The Walk” is a movie you have to see to believe. Rendered in IMAX 3D, Robert Zemeckis’ celebratory tale of French high-flying artist Philippe Petit is a technological derring-do marvel, a cinematic marvel that easily deserves its place among the aesthetic masterpieces of the decade. While perhaps a simplistic nuance in its execution (you don’t want to get me started on the Joseph Gordon-Levitt accent), “The Walk” vibrates with electricity and passion, restoring and reaffirming a medium’s potential. endangered. Television may be finding its rhythm, but films like “The Walk” remind us why cinema has so elegantly and wonderfully stood up to the ravages of time.

“Knock Knock”, the latest collaboration between underground rappers MED, Blu and legendary producer Madlib, is an excerpt from their upcoming EP, “Bad Neighbors”, and stars MF Doom, longtime Madlib collaborator and carrier of ‘a scary death mask. Madlib’s production is actually pretty sparse, as the song he samples, “I’ll Be With You” by Parliament-Funkadelic keyboardist Bernie Worrell, does the heavy lifting. But for me, it’s just a testament to the masterful taste and restraint of the producer. Meanwhile, the three rappers – MED, Blu and Doom – each deliver solid verses, with the particularity coming from the more established Doom, whose lines read like a series of texts that describe him breaking into a house. friend and drinking all the beers. in the refrigerator.

Makoto Taniguchi’s “You” exhibition, currently on display at the Nanzuka Gallery in Shibuya, is a testament to Taniguchi’s whimsical and cartoon-influenced style. In particular, Taniguchi’s works are inspired by the portrayal of Japanese girls as anime characters. “You” explores the theme of duality through its use of mirrors and acrylic sheets. In her works, the outer layer of acrylic paint is abstract and seemingly unintelligible, but the reflection of the paint in the mirror gives a clear image of a stylized girl. The charm and the ephemeral of Taniguchi’s work make “You” an exhibition to see – or at the very least, to search on Google.

Contact the editors of arts and life on arts ‘at’ stanforddaily.com.