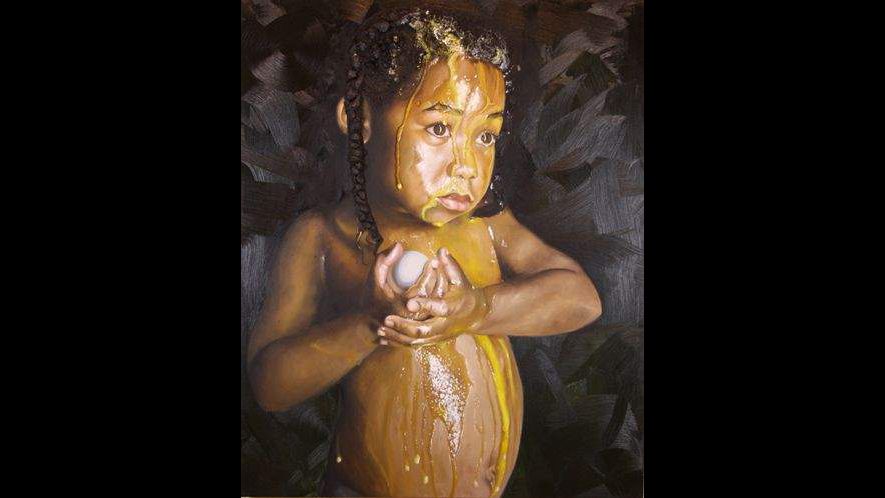 Of all the requests popping up on Facebook, a recent one more than caught my attention. It stirred my soul.

It happens when a simple game reminds you of your late father’s greatest passion.

In an effort to promote the visual arts, my friend Leggie (yes, she has long legs) asked people to sign up so they could be assigned an artist who they could then promote on their Facebook page.

I drew Marie Laurencin, a French painter who became known in Paris at the beginning of the 20th century.

I did a quick review and the eyes of the women in his portraits – pools of mesmerizing blackness – stood out.

Maybe someone looks and sees the influence of Pablo Picasso or Georges Braque, contemporaries of Laurencin.

But isn’t that the subjective beauty of art? It strikes a different note with each person, and together these notes often form a beautiful chord.

Or at least that’s how my dad explained it to me. As the man who taught art at Florida A&M University for nearly 30 years, he filled our homes with art books and works of art, many of which were created by him. You have learned to study them, to choose your favorite aspects, to get lost in the details.

When God painted a beautiful day last Sunday, I got up from the couch and forced myself to step out and enjoy his work.

I found myself drinking under the sun and blue skies at the Gasparilla Festival of the Arts. I found not only great art, but great stories.

Stephen M. Curtis traveled to Tampa from Upton, Ind., after securing a spot in the “Emerging Artists” row. He emerges after losing his job in April and has turned to art.

I enjoyed his painting of a boy, wearing only a T-shirt and jeans, riding a bicycle. Along with Curtis’ Indian roots, the painting sparked visions of a John Mellencamp song.

Micah Mullen from North Carolina caught my eye by contrasting colors and shapes in his work that evoked visions of a mosaic. I thought he might be back for the St. Petersburg Mainsail Art Festival in April, but he didn’t win entry.

Come on, mainsail, give the man a break.

Princess Smith is a graduate student at the University of South Florida who has found some love for her emotionally charged portraits. She first caught the bug while drawing pictures of photos she spotted in the old Jet magazines.

Now, the Jefferson High graduate’s career is on the rise. She won the 2013 Emerging Artist Award at Gasparilla. More recently, a painting from his 2013 collection titled “Fingerprints” was purchased by the Hillsborough County Commissioners Public Art Program and private donations and is now an integral part of the Seminole Heights Library.

Ted Head of Jacksonville presented a variety of watercolors. A graphic designer who called his work his “2 a.m. job,” Head’s collection included works inspired while on assignment in the Dominican Republic.

We’ll bring you the latest news and information you need every morning of the week.

You are all registered!

Want more of our free weekly newsletters in your inbox? Let’s start.

Explore all your options

Phoenix’s Tanya Doskova, whose surreal fish has earned a featured spot on festival t-shirts and posters, presented a new piece in her booth that criticized the “Hold On” law.

It made me do a double take, then a triple take, and then I just stopped and stared. It’s not a piece I would put in my living room, but to call it provocative would be an understatement.

The Chalk Walk will include live entertainment, food trucks, craft beer and wine, an outdoor market, children’s activities and a gallery of traveling artists.

The Winthrop Festival in downtown Winthrop will showcase the work of 100 artists, in categories ranging from oil paintings to ceramics to jewelry, with musical entertainment provided by local musicians and schools.

Most importantly, these will be opportunities to re-immerse yourself in all that makes art great.

Share their ambitions, compliment their efforts, ask about their inspirations, celebrate their genius.

Go a little further than me: Buy something!

But above all, enjoy. Because 13 years after his death, I’m sure my father appreciates that his son still appreciates art.

This article has been revised to reflect the following correction: A painting from Princess Smith’s 2013 collection titled ‘Fingerprints’ was purchased by the Hillsborough County Commissioners Public Art Program and Private Donations and now hangs in the Seminole Heights Library. An incorrect buyer was previously listed.