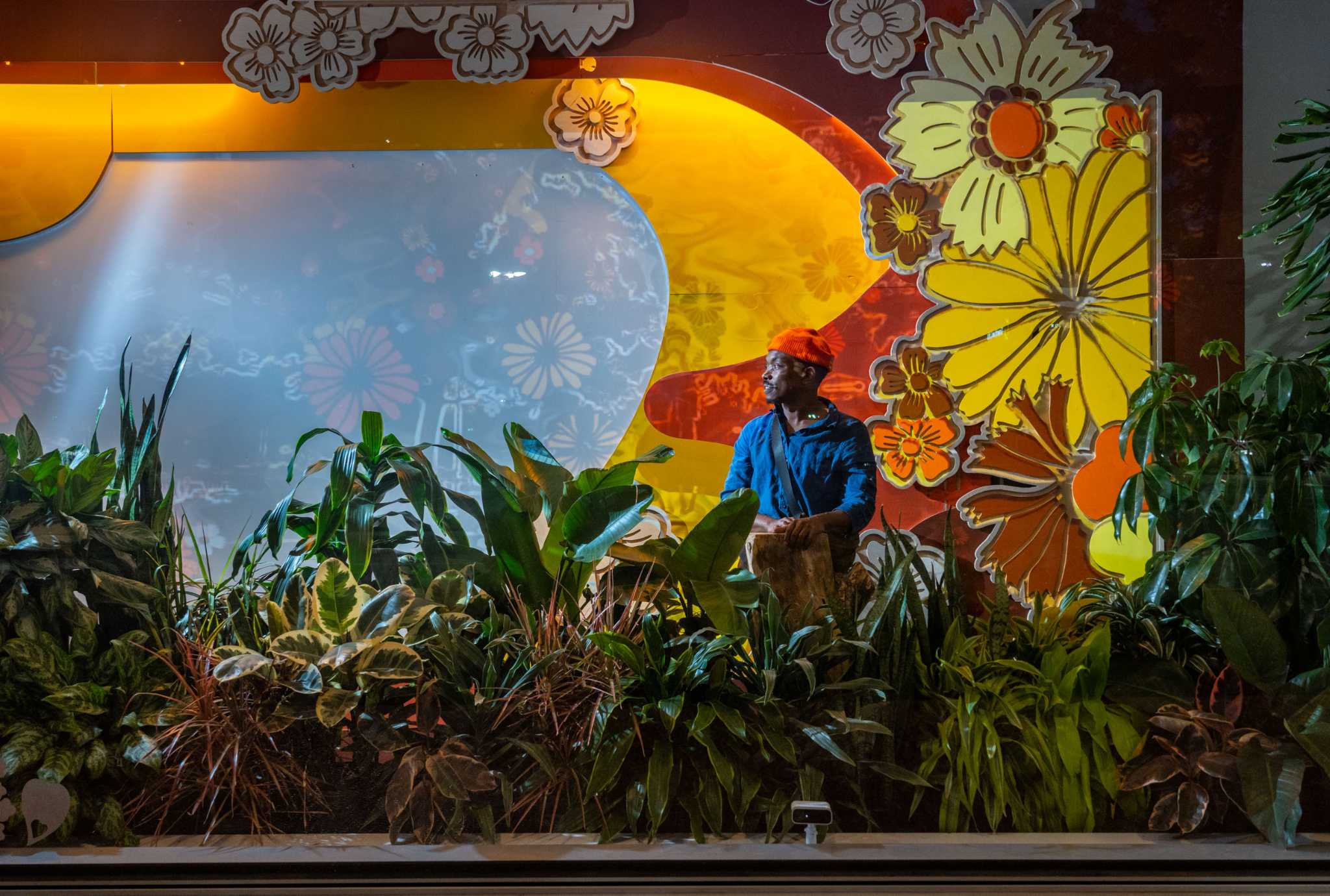 An insider’s guide to the artwork at the Ion

By day, the Ion in Midtown buzzes with activity. ExxonMobil, Microsoft and Baker Botts LLP are among tenants who have already moved into the 266,000 square foot facility, better known as the former Sears building.

At night, after the worker bees leave, two Houston performers hope the residents of the community will drop by and play for a while. As part of the Ion District Art Advisory Council’s first “Eye On Art Program”, Preston Gaines and Lina Dib have created art installations that reimagine store windows inspired, in part, by department store nostalgia.

“The historic Sears building built in 1929 was remodeled in the 60s and 70s to what it was before the Ion,” says Gaines. “My first thought was a tribute to the pop art era. Many features of the building are pop and art deco. When Gensler did the renovation, they emphasized the original features instead of defacing them. demolish or cover them.”

His installation is called “Fantasy Landscape (Inanimate Nature)”. It’s interactive; a projection shows the viewer connecting with digital flowers cascading from the ceiling.

Gaines was influenced by the ornate sofas a mid-century woman might have owned. His piece mixes old materials – vinyl and rubber – with a new, modern and modular structure. No glue or screws were used. And yes, those plants in her window are real. He waters them once a week.

On one such occasion, a group of older black women passed by and reflected on the nostalgic effect of “Fantasy Landscape.” “For them, window displays were a seasonal thing in the heyday of Sears. Kind of like a big show,” Gaines said. “They showed such appreciation for my work; it reminded them of the building in its original state. Moments like this matter the most.”

Its installation works best after sunset. This is when visitors can see themselves in an augmented reality. Gaines suggests stretching out your arms and waving them like tree branches in the wind. The idea is that “Fantasy Landscape” gives children and adults a sense of joy.

“Honestly, have fun,” he said.

His work and that of Dib will be exhibited until September. After that, two new installations go up in November. Ion and Rice Management Co. recently issued a call for Houston-based artists and artist teams to submit new showcase proposals.

“We received 60 applications for the first round”, explains Faust. “We’re looking for someone who looks to windows for contextual, site-specific work. We don’t want someone hanging up a painting.”

There are plenty of paintings inside the building, however. The Lawndale Art Center lent 16 works to the “Eye On Art Program”. Most of the rooms border a hallway on the common office floor, which has been dubbed the “lending library hallway”.

Sports fans should head to Level 6. This is where two dozen soccer balls, each 36 inches in diameter, hang out as part of the Art of Soccer campaign. There are 50 large size ceramic balls in total; many are scattered across the city. They were commissioned by local businesses, civic leaders and charities to raise funds and support Houston’s bid for the 2026 World Cup. Sponsorship levels for each ball hovered around the $10,000 mark; well-known artists such as Gonzo247 and Donkeeboy have been tapped to make it #HoustonStrong.

Some companies, like Chevron, have taken on the art commissions. The Energy Industry Company Corner at the Ion has two Emily Ding murals in its space. In keeping with the building’s unofficial theme, Ding used spray paint and acrylic on gypsum to bring a tropical scene inside.

Faust wants potential Eye On Art Program applicants to know that nature-based proposals are not a requirement. The recurring pattern happened naturally. A $20,000 grant is awarded to accepted artists to help bring their vision to fruition.

Dib was eight months pregnant with her second child when her installation, “Self-Portrait in the Garden”, was completed.

“I was connecting with nature, but I was also using a lot of technology,” she recalls. “I explored that other side of me – the antithesis of me. So a lot of the pieces are artificial. This piece was really exploring that extreme of Astroturf and (plastic) flamingos. Think nature, but also how we separated ourselves from her.”

Similar to Gaines, Dib wants viewers to interact with the artwork. There are also three components in “Self-Portrait”: greenery, sea and sky. As visitors move past each scene, the landscape recedes to reveal the image of the human. When the person stops moving, nature takes over the reflection.

His piece is motion-activated. Sometimes it’s a passerby, other times it’s a train. The wallpaper lining offers a retro feel to the otherwise futuristic vibe.

And “Self-Portrait” is playable at different times of the day, though late-night viewers may have the best luck.

“The Sears building and this whole neighborhood has a lot of history. With erasure, we erase things, but people leave traces of our past, but also the past of a place,” Dib says. “A lot of my work thinks about remembering and creating something new, while some parts are also delayed. With the beach image, there is a delay, playing with temporality and what there are layers underneath, especially when it comes to this building which has new life and also a story.”

Simple ways to boost your credit rating for installment loans