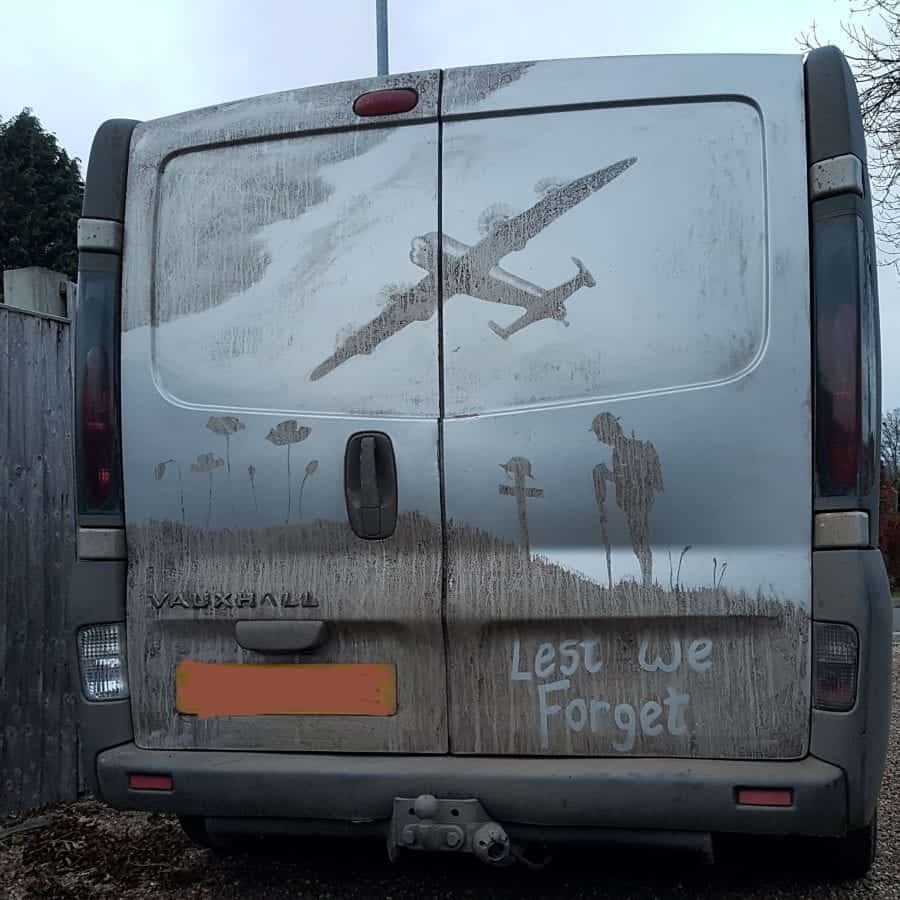 Amazing Armistice Day Artwork in the Back of the Van

A magnificent memorial to British war heroes has been created – in the back of a muddy van.

Creative Shaun Harvey, 34, used his fingers to create a remarkable mount in the dust and dirt on the back doors of his pickup truck.

His creation includes a WWI soldier, five poppies and a Lancaster bomber.

He was inspired by his six year old son, Zak, who asked him to draw something related to “poppy week”.

A freelance gardener, Shaun has spent an hour and a half working on the drawing and wants it to stay in place until the centenary of the Armistice on Sunday.

He deliberately drove his Vauxhall pickup truck through muddy puddles so the rear was covered in dirt.

Once it was fully coated, Shaun consulted Zak on what to draw and then got to work.

Shaun, from near Boston, Lincs, said, â€œThe photo is just taken from the mud in the back of my pickup truck.

â€œI just worked on it little by little and ended up getting something pretty good.

â€œI did it for my little boy who said it was poppy week all week.

“Zach really likes them and wanted me to draw one.”

â€œThere are a lot of farms and fields where I live and I’ve spent a lot of time driving on back roads,â€ Shaun said.

â€œI aimed at the muddy puddles to cover the back of the van with mud so I could tap on them.